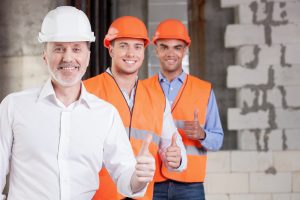 The Chesapeake Region Safety Council (CRSC) is an independent chapter of the National Safety Council. Our Mission is to educate and influence people to prevent accidental injury and death. Our passion is simple, saving lives and preventing injuries.  We provide educational programs, consultation services and work as an advocate of safety and health. We serve member organizations, non-member organizations and private citizens. Three of our primary focus areas are Occupational Safety & Health, Emergency Care, and Traffic Safety. Our territory assigned by the National Safety Council includes Maryland, Delaware, Washington DC, and Virginia.

The Chesapeake Region Safety Council, Inc. was founded on March 1, 1923, as the Baltimore Safety Council under the sponsorship of local businesses and industrial/civic leaders for the purpose of reducing accidents in the Baltimore metropolitan area. In 1933 the Council was chartered as a chapter of the National Safety Council and was incorporated under the laws of the State of Maryland.

On June 17, 1974, the name of the corporation was changed to Safety Council of Maryland, more accurately representing the desired statewide mission. Expansion resulted largely from the success and popularity of two previously established training programs:

The Council office was located in Baltimore City for the First 57 years until 1980 when it moved to western Baltimore County in the Catonsville-Woodlawn area.